Innovative Solutions from design to installation for all
wireless offerings. 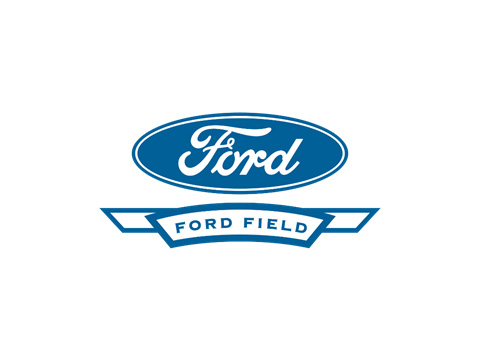 KLA worked to complete Ford Field’s 2017 off-season renovation project. KLA completed neutral host DAS design and installation to boost cell service so patrons can use their wireless products without interference or dead spots. 500 new access points were installed to cover the bowl areas; as well as a refresh to 500 additional access points to increase capacity to 100 users per point. The overall coverage areas for the project included back of house, bowl areas, offices, suites, and concourses. 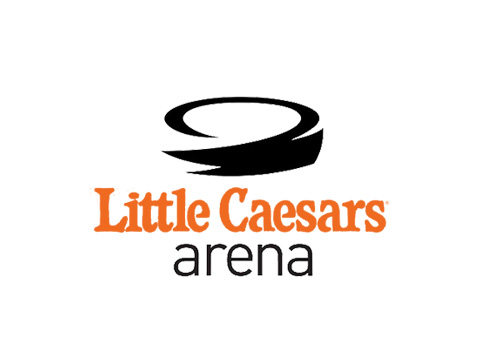 KLA recently completed several installations at the new Little Caesars Arena in downtown Detroit, home of the Detroit Red Wings and Detroit Pistons. KLA installed sound systems for both The Market and Kid Rock’s Made in Detroit Bar. The systems are complete with JBL and Fulcrum speakers, Crown Amplifiers, Denon, and Shure components.

KLA also completed a neutral host DAS design and installation using a Corning ONE solution. In addition to these services, KLA staged, configured, and deployed the following:

KLA completed an upgrade to the airport’s existing DAS solution. The solution is being deployed throughout the McNamara and North Terminal. Portions of the solutions cabling infrastructure uses Air Blow Fiber. KLA is also installing Ericsson radio nodes for Boingo Wireless with the latest 5G technology. Additional coverage is being planned for the tarmac areas. 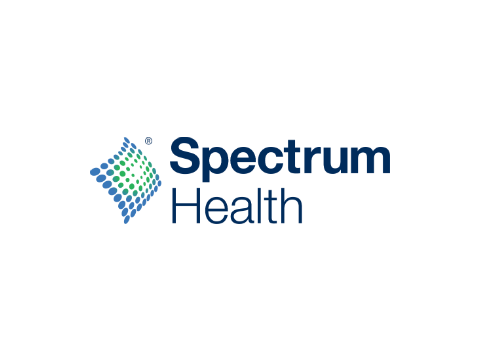 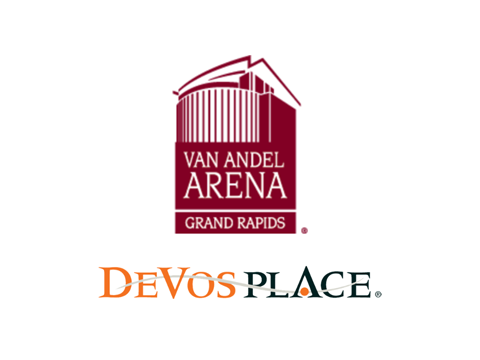 KLA completed a central carrier head end installation in Grand Rapids, Michigan that provides coverage and capacity for Van Andel Arena and DeVos Place Convention Center. Van Andel Arena is home to the Grand Rapids Griffins and seats 12,000+ patrons. It is also used as a concert venue. The DeVos Place Convention Center is a multi-purpose center with an exhibit hall, ballroom, 26 meeting rooms, and an underground garage. 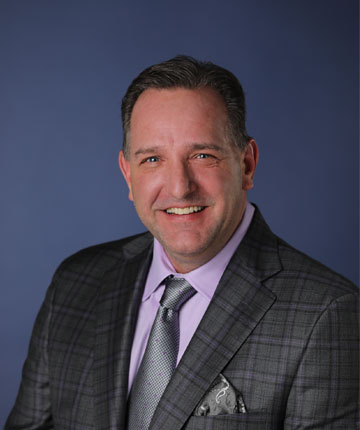 “I never micromanage or stand over someone’s shoulder, I’m a team leader that removes roadblocks and hurdles for the team.”

Doug got his start at Royal Radio in Royal Oak as a Technician for Automotive and Home electronics. He was then hired at Ford Motor Company as an Apprentice Engineer for the Audio Engineering group designing radios for Ford vehicles. He also worked at Metro Cell communications, before working for 28 years at Verizon Wireless. He held many positions at Verizon, including Director of Engineering. When he left Verizon, he was a Principal RF Engineer working on 5G network deployments.

He has received numerous recognitions from his previous employers, including the 2011 Verizon Network Employee of the Year. He holds a patent for a new type of Ultra-Wide-Banded Antenna that is used in stadiums or venues beginning in 2017 (#9,761,957).

He first heard of KLA in 2008 as a customer to Ford. He designed, installed, and integrated a DAS network into a nearly 80 million square foot office and plant floor space for six months with the help of KLA. He is now the Director of Wireless Solutions at KLA, where he works with DAS, eFemto’s, ERAN, Wi-Fi and other solutions for all business verticals.

Doug was raised in Sterling Heights, Michigan and is a graduate of Macomb Community College. After Macomb, he attended Lawrence Technology University and graduated with an Electrical Engineering degree. He enjoys playing golf, walking, hiking, and woodworking. He spends weekends at his family house on McCullum Lake. 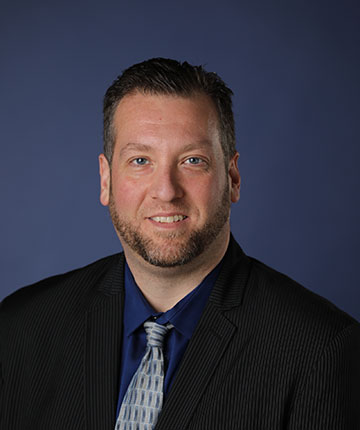 “If you incorporate the best qualities and skills from people you look up to, you will be successful.”

Steve started his professional career at the GM Warren Tech Center as help desk support and field services for network tickets/troubleshooting. He then went on to work for Blackbox, formerly Vista Communications, low voltage services with the local IBEW 58 and Nortel Networks on numerous Verizon accounts. Steve worked with Verizon for 12 years as a Cell Technician, In-Building System Performance/Field Technician, and In-Building RF Engineer/Sales Major Account Support. He’s received numerous customer support awards during his time at Verizon, including Most Valuable Network Employment in his region. Steve had worked alongside KLA for the past six years while at Verizon, working on Distributed Antenna Systems (DAS). He felt KLA was always professional and family oriented with a never-say-no attitude. In January 2019, Steve started working with KLA as a Project/Customer Relations Manager.

Steve is PMI certified from Fayetteville Technical Institute, iBwave level 2 certified, and Level 6 Technician IBEW for low voltage. He considers himself a foody and loves cooking, as well as swimming, billiards, golf, and any sports-related activities. He has a cabin up north where he enjoys spending time with his family around the bonfire. He is currently obtaining his PMP certification this year. 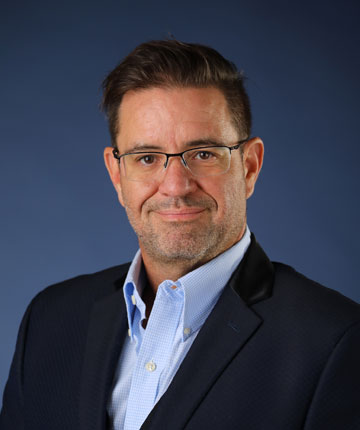 “Working at KLA, I feel I am surrounded by three types of people: the inspired, the excited, and the grateful.”

After a 4-year telecommunications career with the United States Navy, Kirby Skidmore attended Baker College for Information Technology. He then went on to work in the Cellular Network Industry for Delphi, AT&T, RF Connect, and Verizon Wireless. He spent 15 years in this field before joining KLA Laboratories. He had worked with KLA for four years while at Verizon Wireless and decided to join the company as an RF Engineer in 2019. At KLA, he is learning the Wi-Fi side of the RF industry to begin designing and implementing converged networks.

Kirby is an iBwave level 3 certified technician and is Corning level 2 certified. He deployed the nation’s first LAA network at an NFL football stadium during his time at Verizon and built the largest SpiderCloud Wireless network and Ericsson DOT network. He enjoys vacationing with his family by the water, boating, riding motorcycles, and making up games with his 10-year-old. 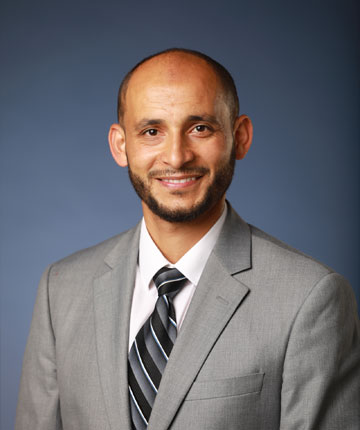 “With KLA, I am a member, NOT a number. The options I have, from site walk to designing, commissioning, optimizing, and analyzing, motivates me, and strengthens my knowledge and experience. I enjoy working for a family-owned business and learning more and more every day with my teammates.”

Alawi has over 8 years of experience in Distributed Antenna Systems (DAS). He designs systems for stadiums, airports, high-rise buildings, manufacturing plants, etc. His work includes designs for Ford Field, Comerica Park, Firekeepers Casino, University of Michigan hospital, and more. Before joining KLA Laboratories, he was a Customer Engineer at Ford Motor Company through a third-party contractor. He joined KLA in 2012 and is now a Senior RF Engineer. He is responsible for the design, commissioning, optimization, and analysis of data for Distributed Antenna Systems. He validates and ensures carrier/enterprise KPIs are met. He also helps Project Managers with RFP’s and is a second eye for the designers.

Alawi was born and raised in Yemen. He has a bachelor’s degree in Information Technology and is iBwave Level 3 Certified. He is a handyman and enjoys working around the house.

We develop engineered solutions through our diverse, multi-talented professionals and strength in product knowledge. We are an integration and services partner for Ericsson and Nokia. We are a Verizon Wireless Turnkey Service Provider (TSP) and the preferred integrator for T-Mobile and AT&T.

Our wireless services include: