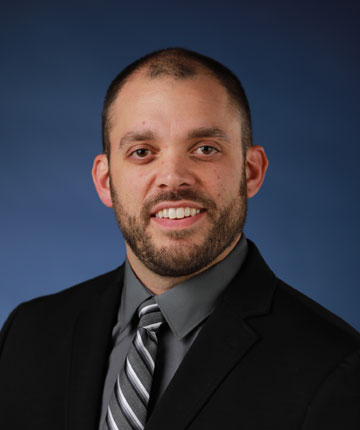 Dearborn, Michigan based KLA Laboratories, Inc., a 92-year-old family-owned information technology integration firm, announced today the promotion of Nick Vettraino to Executive Director of Operations, Planning, and Strategy. The announcement was made by Matt O’Bryan, President and CEO of KLA Laboratories.

“KLA is excited to announce Nick’s promotion to Executive Director of Operations, Planning, and Strategy,” said KLA Laboratories President and CEO, Matt O’Bryan. “Nick has had a very successful career at KLA thus far, and I am confident he will excel in his new role. He will ensure that KLA continues to deliver value to our clients and maintain the standard of excellence that KLA has been known for since the 1920’s”.

Nick is the grandson of Pat and Norma O’Bryan and a part of the 3rd generation of KLA’s ownership family. He began his career at KLA in a warehouse position in 2010 and was quickly promoted to Operations Manager in 2011. Nick coordinated the opening of KLA’s Technical Engineering Center in 2015, which doubled KLA’s footprint and provides additional space for the company’s network and wireless engineering services. He also led the digital transformation of many of KLA’s operational methods, including purchasing, labor scheduling, travel, expense, and field project management. In response to the COVID-19 pandemic, Nick directed KLA’s pivot to a work from home environment, the company response action plan, safety protocols, and coordinating the field team of KLA critical infrastructure personnel.

Nick graduated from the University of Michigan in 2007 with a Bachelor of Arts in Psychology and earned a Master of Business Administration from Wayne State University in 2019. He is also a recent graduate of the Crain’s Detroit Business 2020 Leadership Academy.

In his new role, Nick is responsible for the operational oversight at KLA Laboratories and acts as a liaison between Directors and Chief Executives. He will work to constantly improve the company’s performance through strategic planning and consistent coordination with various specialty groups at KLA.

KLA LABORATORIES, INC. IS NAMED AS ONE OF THE 2021 COOL PLACES TO WORK IN MICHIGAN