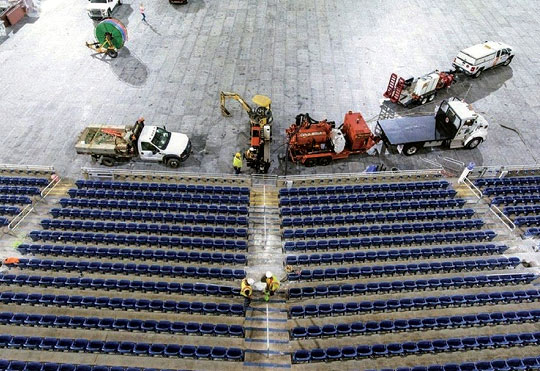 Published by Dig Different Magazine in 2017.

When you have thousands of fans using cellphones and two football teams using wireless devices, having reliable Wi-Fi is a must for any National Football League Stadium.

At Ford Field in Detroit, Michigan, the service needed an upgrade. The Detroit Lions organization and Wi-Fi carrier Verizon went to work on the system just as the 2016 season was starting.

“We broke ground September 19 with a compressed schedule to get the boring done in between a couple of football games,” says Shawn Johnson, project manager at KLA Laboratories, the primary contractor.